Credit goes to the Poptropica Help Blog for hosting the walkthrough first, and thank you to the contributors to the walkthrough: Shaggy Tornado, Super Thunder, Clean Shark, MT, and Slanted Fish

Once you land on the Boardwalk, talk to Greg. He’ll tell you how the game he’s playing, Himalayan Hurl, is rigged. When he takes out his money, it flies away into the hands of two teenagers who run off with it. Follow Greg as he runs after them. Catch up with him at the Boardwalk Arcade and says the teens disappeared somewhere. Go right to the beach and talk to the guy selling Souvenir keychain photos. Tell him you don’t have any money and he’ll let you take a photo for free. (You get a photo for your photo album once you complete this action).  He will gives you Sunblock. Go right to the beach and find this guy:

Give him the sunblock for his sunburn and he will give you Oily Suntan Lotion in return. (Not included in Demo) While you’re there, you’ll see a seagull carrying a keychain! Jump onto the trash can and when the seagull passes over you, jump and get the keychain picture. See a striking resemblance to the guy with the metal detector? You can give it to him either now or later (if later, you can use it on the beach to look for more tokens). Meanwhile, go back to the Boardwalk arcade and see Greg tell you that the kids are underneath the boardwalk taunting you with the money, like so:

If you try to go underneath the boardwalk, they run away with the money. So you’ll have to find a way to get the money without them running away. END OF DEMO.

Afterwards, go to the Boardwalk Rides.

There is some info here. The boy with the helicopter wants one of those prizes from the boardwalk. The guy at the popcorn stand says that if you get an empty bag, you can get a free refill.  Also, the lady at the parking lot is missing her keys.

Tokens can also be found at the rides. Many places in the funhouse offer tokens such as the top of the slide, the bottom of the slide, and near the door. Outside the funhouse, tokens can be found on the roofs of buildings, by the lady’s car, near the trash, and near the cotton candy stand. (Tip: If you have the metal detector, use it on the beach for more tokens.) Once you’ve collected some tokens, go right to the games and take your pick! You can play them in any order.

Tip: Really pay attention to the speeds. If your first ball was, say, 77 and your next ball was 83, choose something that’s fairly close or in between those numbers. Don’t forget there’s also a speed meter to see how fast your speed is on the right side of the screen.

Instructions: Hold the mouse button to shoot water at the clown’s mouth. The first player to fill their clown’s balloon, wins! 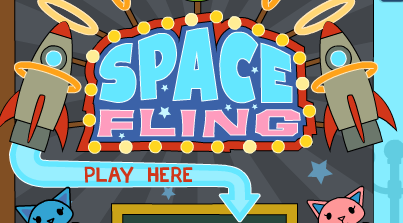 Instructions: Click and hold on the ring to pick it up. Then move the mouse upward and release the button to throw. Ring a bottle by throwing the ring hard enough and at the right angle. 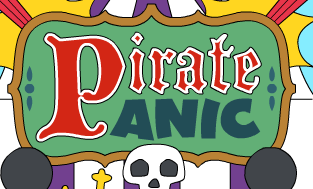 Instructions: Click and hold on the ball to pick it up. Then move the mouse upward and release the button to throw. Knock over all the bottles to win.

The steps leading to playing this game are a bit lengthy, so I suggest that you play this last. Plus, you’ll need a little help!

Remember the guy said that if you can find a bag, you can get a free popcorn refill? Go to the Cranium Shaker and climb up the cars to pick up the trashcan lid (You’ll be holding it, it will NOT go in your inventory). Put it on the trashcan by the funhouse so the bees will be trapped inside.

Next, push it by the cotton candy stand and open it. The bees will become attracted to the cotton candy. Dig through the trash to find an empty bag of popcorn. Go to the popcorn stand and click it to fill it. There should now be a “Dump” button on the card. Go to the woman on the beach and dump the popcorn next to her. She’ll leave because of the seagulls crowding her.

If you haven’t already, get the keychain from the seagull and give it to the man with the metal detector. He will give it to you. Use it to search for the car keys under the towel. If you give the car keys to the lady in the parking lot, she will give you flip flops! That you can wear!

Isn’t that a first. Use the flip flops to get onto the roof of the arcade building to get the flying disc down for the crying kid. He gives you a tip: “If you jiggle the handle on the claw machine, you can get a free game!”

Click the claw machine to play it. Jiggle the handle, then clear out all the items to uncover the… EW! Fake vomit! What a horrible prize. Anyways, it IS useful. Go back to the bumper car line then drop it so that the kids will clear out in an unorderly fashion. Probably not the best way to react to vomit…

Click the guy operating the ride to start your turn! You have 1 minute and 30 seconds to bump Rowley’s red bumper car, make him drop the lucky rabbit’s foot, and get it. Once you have successfully gotten it, make your way over to Himalayan Hurl and test your luck!

Instructions: Click anywhere to shoot the ping pong ball and aim for the red hole.

Getting the Money Back

Congratulations for passing the Games segment!

As you may have noticed, after each game you play, you got a prize to keep. But also if you win all the games, you get the jumbo prize! When you get it, go to the Rides at the boardwalk and give it to the boy with the helicopter. He’ll actually give you the helicopter which you’ll need later.

Go to the funhouse and you’ll see that Rowley is stuck in the slide. Use the suntan lotion that you may or may not have forgotten you’ve had to get him unstuck. But when he slides down, he lands into a pool of balls in which Fregley seemed to be drowned in. Fregley’s mom will thank you and reward you with Fish Sticks.

Go over to The Beach and go at the edge of the sand and use the Fish Sticks. However, you think that you could hang it from the Helicopter and use it as bait. Then the two items collide. Use the Helicopter in your backpack and hold it over the ocean, a crab will soon cling onto it. Then go back over to the Boardwalk Arcade and use the Helicopter near the dollar bill.

The crab will then cling onto the dollar bill, preventing the teenagers from below the boardwalk to snatch the bill away. While they’re distracted by the dollar bill, you and Greg then go under the boardwalk to finally get your money back. When you arrive, the teenagers run away but Greg gets his dollar bill back. And for helping him out, you receive the island medallion and credits to spend at the Poptropica Store.

Before you go, there’s one more task to be done. A devious gamer has left an embarrassing message about Greg on a high-score list in the arcade. Can you master the game, save Greg’s dignity, and become the boardwalk champion?

This part is for members only. You will need to beat the current second place high score by scoring over 800,000 points on Thunder Volt, a retro-style arcade video game.

The game comes in waves, and you need to shoot the targets by pointing your mouse in their direction and clicking. Move your cursor around the screen to move yourself, and avoid touching the targets. The more targets you shoot, the higher your score!

From time to time you may see some power-ups. Collect them for benefits. The key is:

Standard targets (the majority) only take one hit to destroy, and bigger/different colored ones (bosses) will take more. If the bosses shoot at you, avoid them. At the end of a wave, a Giant Enemy will appear. You need to keep clicking to shoot at it, but move around and avoid their shots. Its health bar is shown at the top. When it’s destroyed, the next wave will begin.

It gets harder with each wave, and there are four waves in total. By the end of it, you should have scored enough points to put Greg out of his shame. Congratulations!